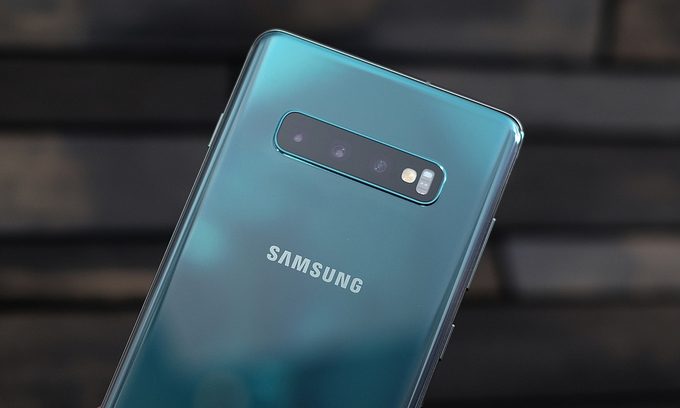 A Samsung Galaxy S10 at a store in Ho Chi Minh City. Photo by VnExpress/Tuan Anh.

Despite the impact of the Covid-19 pandemic, the South Korean firm increased its sales by 4 percent year-on-year, Singaporean technology market analysis firm Canalys said in a recent report.

China’s Oppo and Vivo followed with 17 percent and 12 percent share of the market, respectively.

But their sales trends diverged wildly, with Oppo’s falling by 26 percent and Vivo’s increasing by 246 percent.

VinSmart, a subsidiary of Vietnam’s largest listed company, Vingroup, was fourth with a 11 percent market share.

It had launched its first product at the end of 2018, and produced its first 5G smartphones in collaboration with U.S. chip giant Qualcomm last month. VinSmart is focusing on the low-end segment with 12 offerings all priced at below VND5 million ($212).

China’s Realme was in fifth place with a market share of 9 percent after growing at 63 percent.

According to We Are Social, a social media marketing and advertising agency, around 75 million people, or almost 80 percent of the country’s population, use smartphones.